Twinkle, Twinkle, you’re a star! Now go wander wherever you are.

Do the Griswolds live in your neighborhood? Does your street light up like an international run-way? We want to know where to run this month for the best holiday light displays so post your favorite festive jaunt on OUR FACEBOOK PAGE!

Here’s a couple casual routes we love to simply mistletoe the line.

Start at Armstrong Parkway and Preston Road. Christy Dunaway Smith of fwtx.com’s blog “sofortworthit” has covered the best holiday lights for years and knows the square route of awesome equals about 4 miles. “Head to Armstrong Parkway, work your way down Armstrong to Lakeside Park, boogie on over to Abbot, hook it over to Beverly and make your way to Douglas, then back to the Village.” 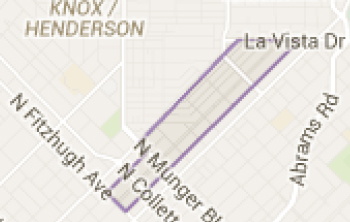 Simple and sweeter that Swiss chocolate fondue in wintertime; Start at one end of Swiss Avenue at La Vista Drive and run back up the other side after turning around at N. Fitzhugh. Sprawling, grand homes from the early 1900’s line this broad avenue, some of which is listed in the National Register of Historic Places. It was the first paved street in Dallas and traditionally stands as one of the most upscale and elegantly epic holiday jaunts in the metroplex. (approx. 3 miles)

Runners are already thinking about Boston! Boston Marathon 2016 training is about to commence so why not mention the Commonwealth Avenue Mall (“mall” meaning two lanes of traffic in each direction with a parkway in the middle) where almost all of the trees on both sides of the walkway are wrapped in white lights.

You can easily start by parking in the safely-lit, underground Boston Common garage and once aboveground and on foot, loop around the Common to run and rock around the giant ornamented tree flown in from Nova Scotia and pass the Frog Pond flurried with skaters fluttering like The Nutcracker’s Waltz of the Snowflakes.

Cross Charles Street to enter the Public Garden. Cross Arlington Street to reach the Commonwealth Avenue. From here you can jaunt seven blocks before reaching Hereford Street, the infamous last turn before the legendary Boylson Street stretch where marathon runners have pushed to the year-round painted finish line nearly 120 years in a row.

If you turn left here, you can go two blocks, over Swan Pond, and back to the wide sidewalks of Boylston Street.

Once at Arlington Street, pass by my alma mater, Emerson College, and you’ve looped back to enter the Public Garden and “the Common” where you parked.

Remember: There are always naughty people wherever you are so always run with a buddy, especially before and after dark.